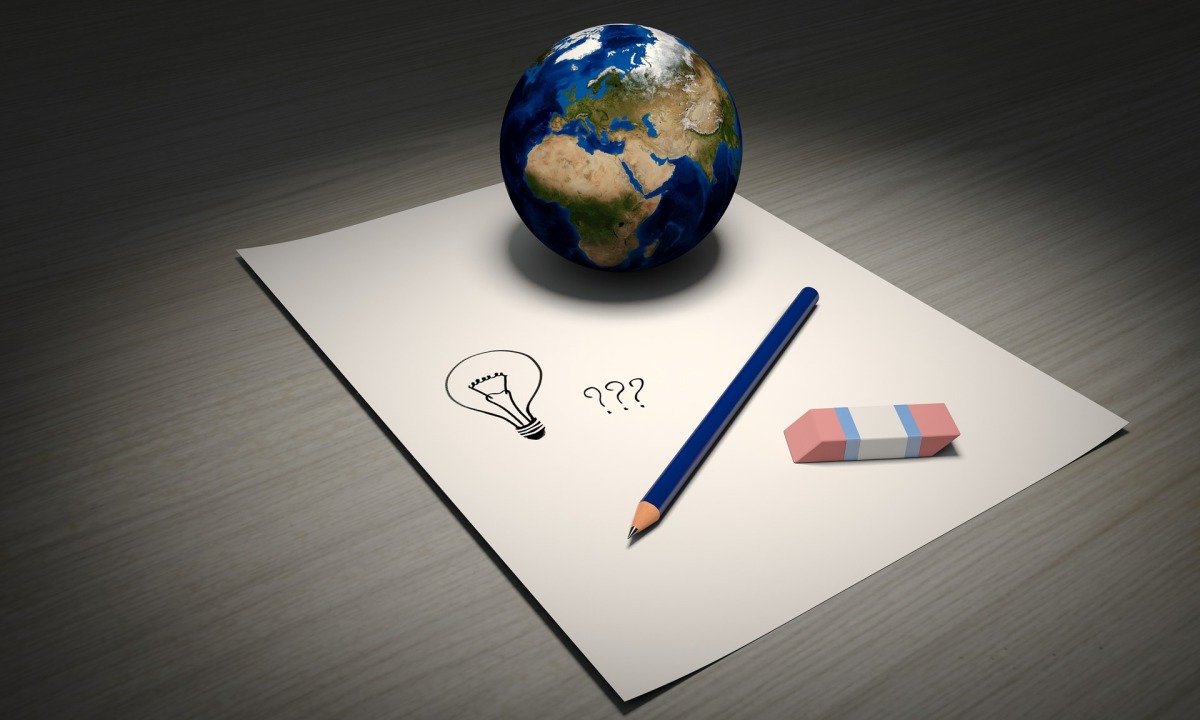 Often people ask why a loving God allows bad things to happen. Habakkuk was no different. He saw violence and injustice happening all around him and He was asking God why He is allowing this to happen. God didn’t shoot him down for it but answered. He had a plan. Today is not much different. We don’t understand why things are happening and why God is allowing it. Often our relief is far ahead of us but we cannot see it. But sometimes we need to be patient. God has a plan. And one day we will be with Him, where there will be no more evil, no more pain, no more tears. Those who trust in the Lord will be saved and will be blessed.

O LORD, how long shall I cry, and You will not hear? Even cry out to You, “Violence!” And You will not save. Why do You show me iniquity, and cause me to see trouble? For plundering and violence are before me; there is strife, and contention arises. Therefore the law is powerless, and justice never goes forth. For the wicked surround the righteous; therefore perverse judgment proceeds.

As we look around us, we see trouble all around us. We often question what God is doing or why He is seemingly not doing anything. Yet He is there, He is in control and He knows what is coming. Sometimes He allows us to go through storms to make us stronger. Sometimes people need to wake up and turn to Him. Sometimes we need to repent. We don’t know why things happen. One thing I do know is that He loves me. Jesus died for me. He took all the sins of the world on His shoulders and paid for them. In full. Another thing I know is that God has a plan. Plans for a future and a hope. I also know that sometimes when morality is perverted and when people go astray, God steps in. In His time. It isn’t always pleasant, but it is necessary.

“Look among the nations and watch—Be utterly astounded! For I will work a work in your days which you would not believe, though it were told you. For indeed I am raising up the Chaldeans, a bitter and hasty nation which marches through the breadth of the earth, to possess dwelling places that are not theirs. They are terrible and dreadful; their judgment and their dignity proceed from themselves. Their horses also are swifter than leopards, and more fierce than evening wolves. Their chargers charge ahead; their cavalry comes from afar; they fly as the eagle that hastens to eat. “They all come for violence; their faces are set like the east wind. They gather captives like sand. They scoff at kings, and princes are scorned by them. They deride every stronghold, for they heap up earthen mounds and seize it. Then his mind changes, and he transgresses; he commits offense, ascribing this power to his god.”

This is not the answer from God I was expecting. But God sometimes uses ungodly people for godly purposes. Judah (and Israel) were allowing corruption in their borders. The weak were oppressed by the powerful, sometimes in the form of violence. God would use someone more powerful and more corrupt to bring His people to their knees. The leaders of Israel and Judah would be held accountable for their actions.

Are You not from everlasting, O LORD my God, my Holy One? We shall not die. O LORD, You have appointed them for judgment; O Rock, You have marked them for correction. You are of purer eyes than to behold evil, and cannot look on wickedness. Why do You look on those who deal treacherously, and hold Your tongue when the wicked devours a person more righteous than he?

Habakkuk asks the question of why God allows the wicked to prosper, often at the expense of the righteous. But he realizes that judgment will come upon their wickedness. Yet, God is allowing the Babylonians to come in and conquer Israel. They were even more wicked than Israel’s leaders. They would be judged as well. But I believe God had a further plan. That through the remnant of the righteous in Israel, those in Babylon would witness the One True God. They would see His works and some would turn to Him. Even King Nebuchadnezzar would acknowledge God and be transformed (see Daniel 3-4).

I will stand my watch and set myself on the rampart, and watch to see what He will say to me, and what I will answer when I am corrected.

We often question God and complain to Him. But how often do we listen? How often do we accept the answers we hear? Do we really want to know or do we just want to complain or have everything go our way? Sometimes our way is not the best way. Sometimes what we want can lead to a bad outcome. Sometimes God just wants us to have faith…and patience.

Then the LORD answered me and said: “Write the vision and make it plain on tablets, that he may run who reads it. For the vision is yet for an appointed time; but at the end it will speak, and it will not lie. Though it tarries, wait for it; because it will surely come, it will not tarry. “Behold the proud, his soul is not upright in him; but the just shall live by his faith.

“Indeed, because he transgresses by wine, he is a proud man, and he does not stay at home. Because he enlarges his desire as hell, and he is like death, and cannot be satisfied, he gathers to himself all nations and heaps up for himself all peoples.

God has a plan. It may not come now, but His plan will happen. Let us live by faith. Those who trust in Him will be saved. Those who believe in Jesus Christ will have eternal life in heaven. Whatever we are going through, whatever pain we see, it will come to an end. And God will always be with us and will lead us through it.

“Will not all these take up a proverb against him, and a taunting riddle against him, and say, ‘Woe to him who increases what is not his—how long? And to him who loads himself with many pledges’? Will not your creditors rise up suddenly? Will they not awaken who oppress you? And you will become their booty. Because you have plundered many nations, all the remnant of the people shall plunder you, because of men’s blood and the violence of the land and the city, and of all who dwell in it. “Woe to him who covets evil gain for his house, that he may set his nest on high, that he may be delivered from the power of disaster! You give shameful counsel to your house, cutting off many peoples, and sin against your soul. For the stone will cry out from the wall, and the beam from the timbers will answer it. “Woe to him who builds a town with bloodshed, who establishes a city by iniquity!”

Israel turned from God and because of it, they went into captivity. For a time they were under Assyria. Assyria mistreated God’s chosen people and they fell to Babylon. God used Babylon to turn the people of Israel back to Him and to restore their land. But it would take time. Babylon destroyed Jerusalem and the temple, killed many people and made many slaves and servants. But there was always a remnant that had faith in God. And through their witness, people in Babylon saw His work and I am sure some turned to Him. Even the King eventually turned to God, acknowledged Him to all the people and put His trust in Him. But, the next king, Belshazzar, was proud and wicked. So God took His kingdom and Persia conquered Babylon. Eventually, Cyrus would return the people and order Jerusalem restored the wall to be built, and the temple be rebuilt, as prophesied. In God’s own time, Israel was restored.

His glory covered the heavens, and the earth was full of His praise. His brightness was like the light; He had rays flashing from His hand, and there His power was hidden. Before Him went pestilence, and fever followed at His feet. He stood and measured the earth; He looked and startled the nations. And the everlasting mountains were scattered, the perpetual hills bowed. His ways are everlasting.

Though the fig tree may not blossom, nor fruit be on the vines; though the labor of the olive may fail, and the fields yield no food; though the flock may be cut off from the fold, and there be no herd in the stalls— yet I will rejoice in the LORD, I will joy in the God of my salvation. The LORD God is my strength; He will make my feet like deer’s feet, and He will make me walk on my high hills.

Though Habakkuk did not understand, he still had faith. He prayed and acknowledged the greatness of God and He trusted in Him, in His goodness. No matter what we face, no matter what is going on in the world around us, we can have faith, knowing God is in control, He will get us through it, He will save us and He will always do what is right and what is good. In His time.