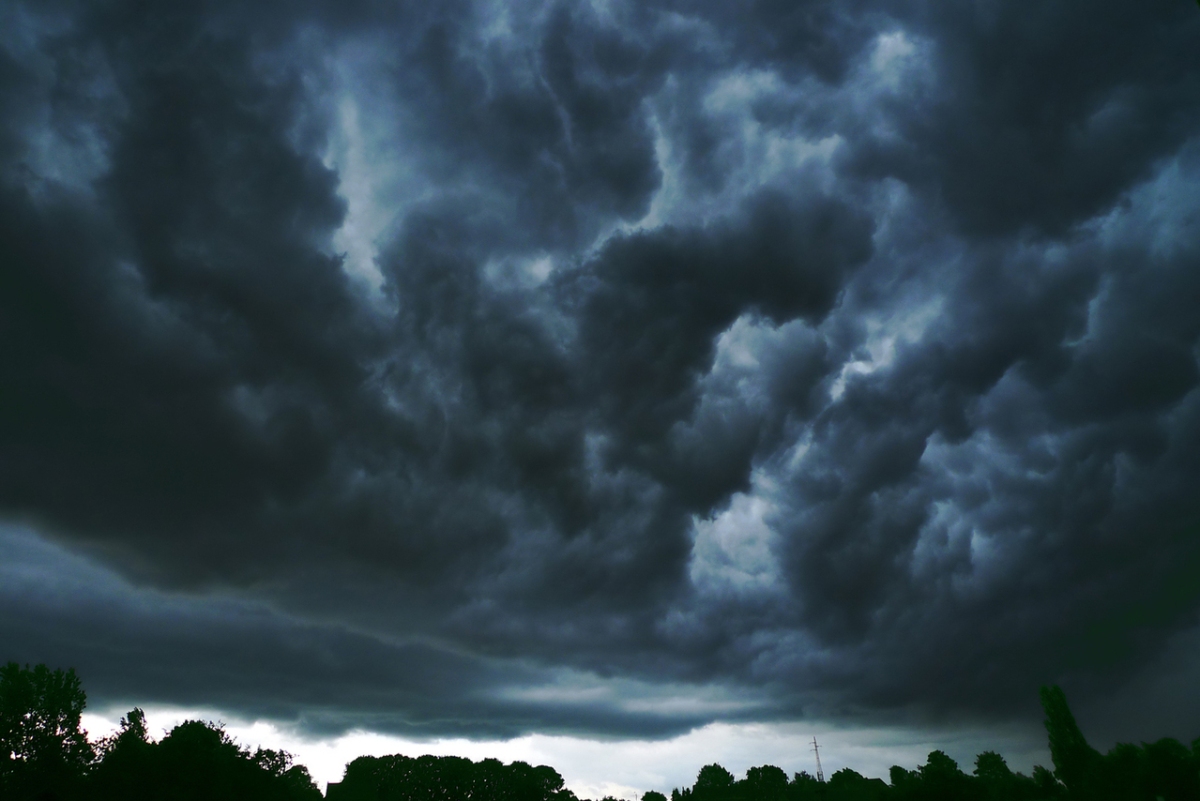 Just about everyone knows the story of Jonah and how God called Him to preach a message to Ninevah. The people were practicing evil deeds, but after God’s message they repented from their ways and God spared them. This time He speaks through Nahum. Again the message is clear that evil reigns in the land and they were being wicked to the people of Israel and Judah. Assyria, of which Ninevah was the capitol, had conquered Israel and treated them harshly. But this time they did not repent. As we now know, the Assyrians fell to the Babylonian empire and Ninevah is no more.

God is jealous, and the LORD avenges; The LORD avenges and is furious. The LORD will take vengeance on His adversaries, and He reserves wrath for His enemies; the LORD is slow to anger and great in power, and will not at all acquit the wicked

The LORD is good, a stronghold in the day of trouble; and He knows those who trust in Him. But with an overflowing flood He will make an utter end of its place, and darkness will pursue His enemies.

Nahum starts by telling the Assyrians who God is. God is a loving God (slow to anger), but He is also a just God. He is the one to turn to. He will guide you and protect you. He is also a just God. Though He is patient, there is a time when he will judge the wicked. Ninevah, the capital city of Assyria, is about to find out.

The LORD has given a command concerning you: “Your name shall be perpetuated no longer. Out of the house of your gods I will cut off the carved image and the molded image. I will dig your grave, for you are vile.” Behold, on the mountains the feet of him who brings good tidings, who proclaims peace! O Judah, keep your appointed feasts, perform your vows. For the wicked one shall no more pass through you; he is utterly cut off.

God’s chosen people have been oppressed by the Assyrians. God tells His people to not lose hope, that He will delivery them from their enemies. He does the same for us. Jesus came to die for us, to pay for our sins so that we can be delivered from our enemy, sin and Satan. No matter what we go through, or what we have done, He doesn’t give up on us. But, in the end, for those who are wicked, those who treat others poorly, those who do not trust in the Lord, their sin will be revealed and their judgement is inevitable.

“Behold, I am against you,” says the LORD of hosts; “I will lift your skirts over your face, I will show the nations your nakedness, and the kingdoms your shame. I will cast abominable filth upon you, make you vile, and make you a spectacle. It shall come to pass that all who look upon you will flee from you, and say, ‘Nineveh is laid waste! Who will bemoan her?’ Where shall I seek comforters for you?”

This does not only pertain to the Ninevites. There will be a day when the world will be judged. It is His desire that all come to repentance and salvation. But many will reject Him. Jesus said:

“When the Son of Man comes in His glory, and all the holy angels with Him, then He will sit on the throne of His glory. All the nations will be gathered before Him, and He will separate them one from another, as a shepherd divides his sheep from the goats. And He will set the sheep on His right hand, but the goats on the left. Then the King will say to those on His right hand, ‘Come, you blessed of My Father, inherit the kingdom prepared for you from the foundation of the world: for I was hungry and you gave Me food; I was thirsty and you gave Me drink; I was a stranger and you took Me in; I was naked and you clothed Me; I was sick and you visited Me; I was in prison and you came to Me.’

“Then they also will answer Him, saying, ‘Lord, when did we see You hungry or thirsty or a stranger or naked or sick or in prison, and did not minister to You?’ Then He will answer them, saying, ‘Assuredly, I say to you, inasmuch as you did not do it to one of the least of these, you did not do it to Me.’ And these will go away into everlasting punishment, but the righteous into eternal life.”

For the wrath of God is revealed from heaven against all ungodliness and unrighteousness of men, who suppress the truth in unrighteousness, because what may be known of God is manifest in them, for God has shown it to them. For since the creation of the world His invisible attributes are clearly seen, being understood by the things that are made, even His eternal power and Godhead, so that they are without excuse, because, although they knew God, they did not glorify Him as God, nor were thankful, but became futile in their thoughts, and their foolish hearts were darkened. Professing to be wise, they became fools, and changed the glory of the incorruptible God into an image made like corruptible man—and birds and four-footed animals and creeping things.

Therefore God also gave them up to uncleanness, in the lusts of their hearts, to dishonor their bodies among themselves, who exchanged the truth of God for the lie, and worshiped and served the creature rather than the Creator, who is blessed forever. Amen.

For this reason God gave them up to vile passions. For even their women exchanged the natural use for what is against nature. Likewise also the men, leaving the natural use of the woman, burned in their lust for one another, men with men committing what is shameful, and receiving in themselves the penalty of their error which was due.

And even as they did not like to retain God in their knowledge, God gave them over to a debased mind, to do those things which are not fitting; being filled with all unrighteousness, sexual immorality, wickedness, covetousness, maliciousness; full of envy, murder, strife, deceit, evil-mindedness; they are whisperers, backbiters, haters of God, violent, proud, boasters, inventors of evil things, disobedient to parents, undiscerning, untrustworthy, unloving, unforgiving, unmerciful; who, knowing the righteous judgment of God, that those who practice such things are deserving of death, not only do the same but also approve of those who practice them.

Your shepherds slumber, O king of Assyria; your nobles rest in the dust. Your people are scattered on the mountains, and no one gathers them. Your injury has no healing, your wound is severe. All who hear news of you will clap their hands over you, for upon whom has not your wickedness passed continually?

I sure hope our country wakes up and changes its ways. All we can do is pray and to live a life in a way that honors God. Love others. Share Go’s truth. Be a light to those around us. Never give up hope. With God, all things are possible.