Do you ever wonder what God has planned for your life? What His will for you individually is? What your ministry is? Are you waiting for a call from Him? I think sometimes He just wants you to go. Try something. Get involved and then see if that is where He is leading you. God told Abraham to go but He didn’t tell Him where at first. Jesus told His disciples simply, “Follow Me.” They didn’t know where He was going, they simply followed.

Now the Lord had said to Abram, ‘Get out of your country, from your family, and from your Father’s house, to a land I will show you. I will make you a great nation; I will bless you and make your name great; and you will be a blessing. I will bless those who bless you, and I will curse him who curses you, and in you all the families of the earth shall be blessed.’ So Abram departed as the Lord had spoken to Him.

Abram (who was later named Abraham) obeyed the Lord and had faith to go wherever He was lead. He didn’t ask where he was going, He just went. Because of His faith, we all are blessed, for through him, Jesus Christ, God’s One and only Son, came to earth as a child, became a man, died on the cross and rose again on the third day to save us from our sins.

And He (Jesus) walked by the Sea of Galilee. He saw Simon and Andrew his brother casting a net into the sea; for they were fishermen. Then Jesus said to them, ‘Follow Me and I will make you fishers of men.’ They immediately left their nets and followed Him. When He had gone a little farther from there, He saw James the son of Zebedee, and John his brother, who also were in the boat mending their nets. And immediately He called to them, and they left their father Zebedee in the boat, with the hired servants, and went after Him.

Like Abram, God called and they followed, not knowing where they were to go. He calls each of us to serve in His kingdom, “to make us fishers of men.” We all have a ministry. It is up to us and follow until God reveals what that is. I believe that God has called me at different times to do different things.  Sometimes I was faithful, sometimes I was not.  But each time that I followed His calling, I received a blessing.  In a few days, I leave for Haiti.  The first time was a bit scary and I didn’t know what to expect.  This will be my fourth time now, and I am so excited, I cannot wait!  I thank God for this opportunity to experience God working in my life and in the lives of these children.  What a blessing!  May you follow God’s calling for you, and see what great things God can do and how you can share those blessings with others! May the Lord bless you all. 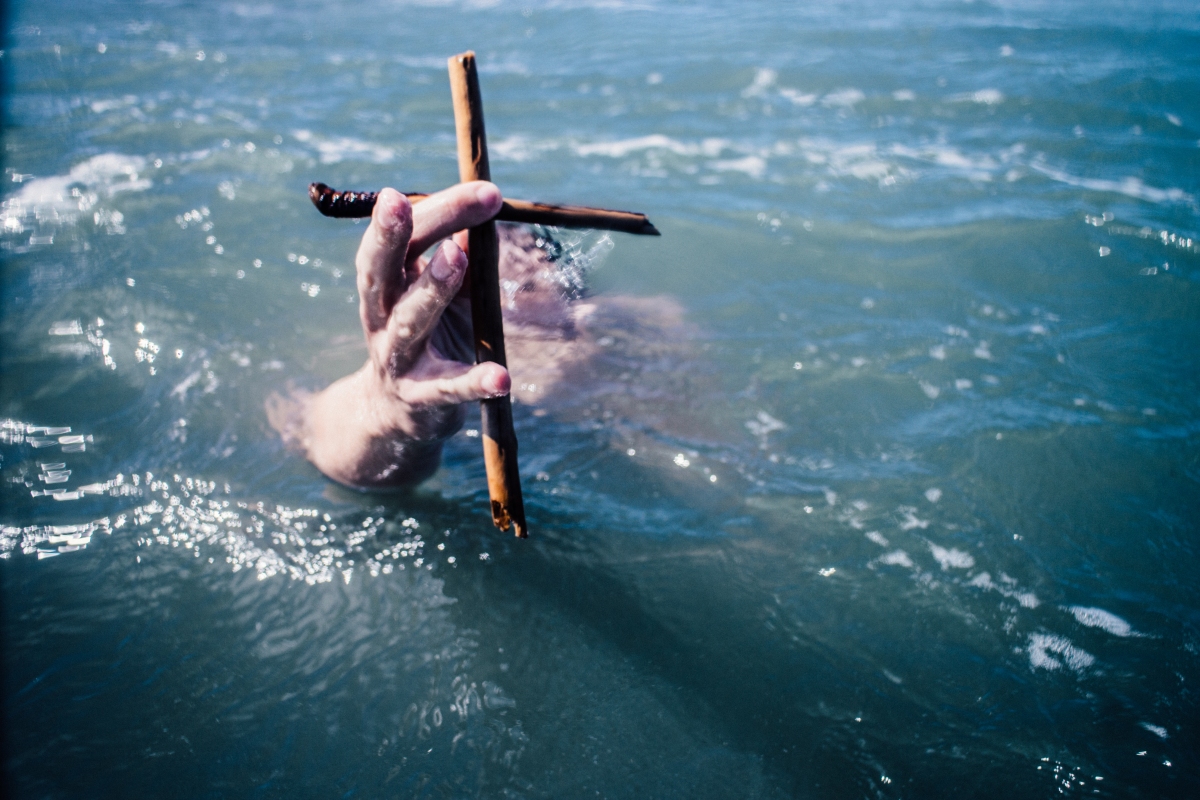 It is such an awesome thing when someone decides to believe in Jesus Christ.  Believing in Jesus Christ is different than just believing that He is real and that He is the Son of God.  It takes surrender.  It takes following Him and obeying His commands.  Those of us who confess that we are believers in Christ, do we do these things?  Let us surrender to Jesus and remember that our old self is dead and hung on the cross with Jesus (see my post, Christ in Me).  We are a new creation in Christ Jesus (see my post, God’s Grace Frees Us from Sin ).  I thank God that He did this for me and changed my life!  He did it for you, too.  I hope that you take this opportunity to surrender to Him and be free.  Free from your sin, free from your past. END_OF_DOCUMENT_TOKEN_TO_BE_REPLACED