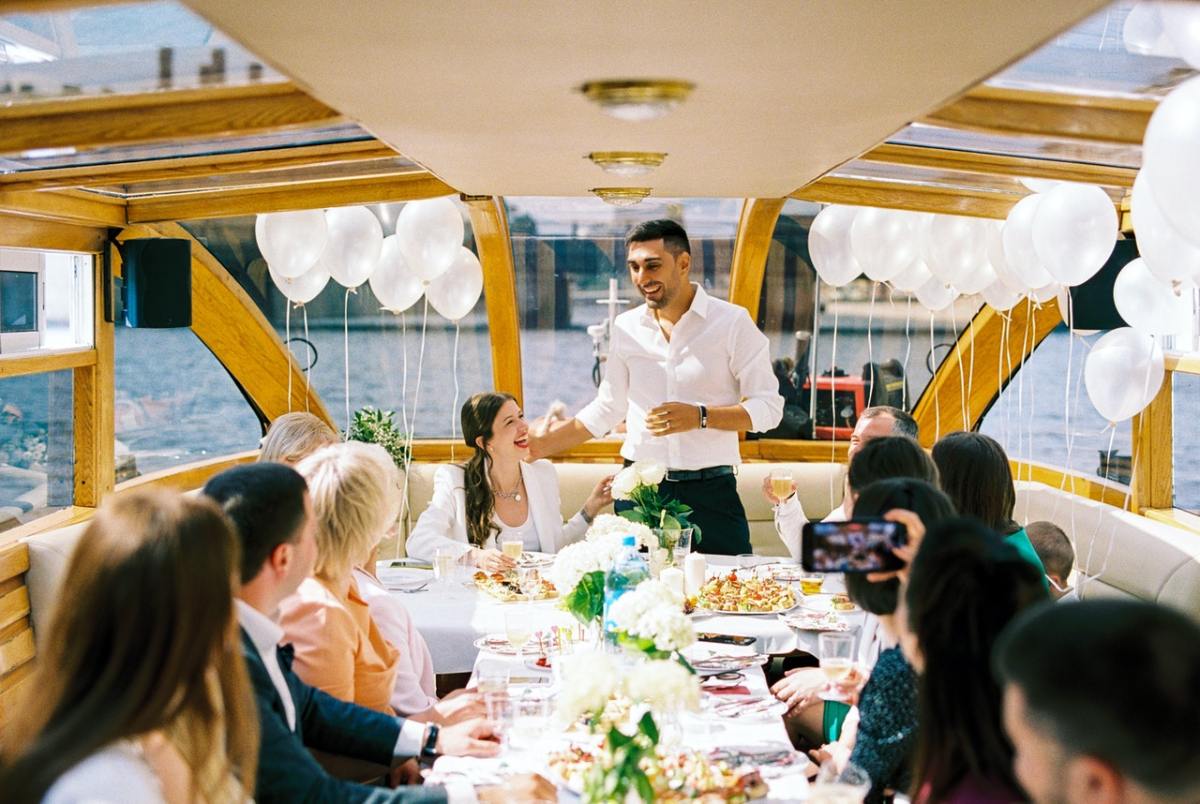 Jesus told a few different parables about someone inviting his friends to dinner. One was about those you would expect to go, but they made excuses, so others are invited. One was about a person’s pride who finds the best seats in the house until being humbled. One is about people making light of the wedding and even some being hostile towards those inviting them, and not being prepared for the wedding. So what is Jesus talking about in these three parables? Let’s discuss them.

So He told a parable to those who were invited, when He noted how they chose the best places, saying to them: “When you are invited by anyone to a wedding feast, do not sit down in the best place, lest one more honorable than you be invited by him; and he who invited you and him come and say to you, ‘Give place to this man,’ and then you begin with shame to take the lowest place. But when you are invited, go and sit down in the lowest place, so that when he who invited you comes he may say to you, ‘Friend, go up higher.’ Then you will have glory in the presence of those who sit at the table with you. For whoever exalts himself will be humbled, and he who humbles himself will be exalted.”

This parable is about pride and humility. We should never put ourselves first. In fact, we should not compare ourselves to others. This is not only talking about dinner parties. But in life, we should put others’ needs first. Remember that Jesus humbled Himself for each of us. We should do the same. The Pharisees did not understand that. They want to be in charge. They didn’t want to give up their seat. They wanted their glory. Jesus was telling them that they will be brought down. The first part of the second parable is similar. In this case it is toward the giver. We should not help the needy to gain glory or recognition, but because of the love and compassion in our hearts.

Then He also said to him who invited Him, “When you give a dinner or a supper, do not ask your friends, your brothers, your relatives, nor rich neighbors, lest they also invite you back, and you be repaid. But when you give a feast, invite the poor, the maimed, the lame, the blind. And you will be blessed, because they cannot repay you; for you shall be repaid at the resurrection of the just.”

As Jesus said at the Sermon on the Mount, “Seek first the Kingdom of heaven…” As we do the works of God, do it for His glory. Seek to love others and to show them the love of God. Invite them to His feast.

Now when one of those who sat at the table with Him heard these things, he said to Him, “Blessed is he who shall eat bread in the kingdom of God!”

Then He said to him, “A certain man gave a great supper and invited many, and sent his servant at supper time to say to those who were invited, ‘Come, for all things are now ready.’ But they all with one accord began to make excuses. The first said to him, ‘I have bought a piece of ground, and I must go and see it. I ask you to have me excused.’ And another said, ‘I have bought five yoke of oxen, and I am going to test them. I ask you to have me excused.’ Still another said, ‘I have married a wife, and therefore I cannot come.’ So that servant came and reported these things to his master. Then the master of the house, being angry, said to his servant, ‘Go out quickly into the streets and lanes of the city, and bring in here the poor and the maimed and the lame and the blind.’ And the servant said, ‘Master, it is done as you commanded, and still there is room.’ Then the master said to the servant, ‘Go out into the highways and hedges, and compel them to come in, that my house may be filled. For I say to you that none of those men who were invited shall taste my supper.’ “

Jesus was speaking to the Jews here. He invited them to come to Him, they were His Chosen People, but they refused. So God opened His doors to the Gentiles. To us. Do not make excuses of reasons to not follow Him and do not delay. The time to come to Him is now. As believers, let us not make excuses to be a part of His work or to do what God is leading us to do. If God is telling you to do something, if you are needed, there is no such thing as being too busy. But that does not mean to over-extend yourself either. Pray about it. Let the Holy Spirit guide you. God has invited all of us to be His children. As it says in 2 Peter 3:9, God desires that none of us perish but come to repentance. Jesus died for all. Salvation and eternal life comes to all who believe.

And Jesus answered and spoke to them again by parables and said: “The kingdom of heaven is like a certain king who arranged a marriage for his son, and sent out his servants to call those who were invited to the wedding; and they were not willing to come. Again, he sent out other servants, saying, ‘Tell those who are invited, “See, I have prepared my dinner; my oxen and fatted cattle are killed, and all things are ready. Come to the wedding.”

‘ But they made light of it and went their ways, one to his own farm, another to his business. And the rest seized his servants, treated them spitefully, and killed them. But when the king heard about it, he was furious. And he sent out his armies, destroyed those murderers, and burned up their city. Then he said to his servants, ‘The wedding is ready, but those who were invited were not worthy. Therefore go into the highways, and as many as you find, invite to the wedding.’ So those servants went out into the highways and gathered together all whom they found, both bad and good. And the wedding hall was filled with guests. “But when the king came in to see the guests, he saw a man there who did not have on a wedding garment. So he said to him, ‘Friend, how did you come in here without a wedding garment?’ And he was speechless. Then the king said to the servants, ‘Bind him hand and foot, take him away, and cast him into outer darkness; there will be weeping and gnashing of teeth.’

“For many are called, but few are chosen.”

God offered a special place in His kingdom, but they refused. Countless times he sent prophets to them and they did not listen. The Pharisees created a bunch of traditions for people to follow saying they were from God. The religious leaders wanted control. Jesus was telling them that they would not be accepted. God wants your heart. Jesus died for our sins so that we can be saved, not by the deeds we do, but by believing in our hearts, by accepting His grace. So, God opened the doors to all who would believe. The leaders thought they had it in. That they were more righteous than everyone else because they followed the Law. But their heart was in the wrong place. They were arrogant. Their motives when following the Law was to show others how righteous they were and they wanted power. They were hypocrites. They did not wear “the wedding garment.” Revelation describes the clean white linens as the righteous acts of the saints. Christ died to provide them. By accepting His gift, we can wear the white linens and be a part of His kingdom. The Bible often talks of us as being the Bride of Christ and that we should be prepared for the wedding when He returns and receives His people. Let us all be ready.