In the previous post, we went through Romans 3:23-25 and discussed some of the words (grace and faith) used that are critical to the gospel and to explain their meaning.  Here we will look at some others that are not very common in today’s vocabulary: sin, righteousness and justification.

But now the righteousness of God apart from the law is revealed, being witnessed by the Law and the Prophets, even the righteousness of God, through faith in Jesus Christ, to all and on all who believe. For there is no difference; for all have sinned and fall short of the glory of God, being justified freely by His grace through the redemption that is in Christ Jesus, whom God set forth as a propitiation by His blood, through faith, to demonstrate His righteousness, because in His forbearance God had passed over the sins that were previously committed, to demonstrate at the present time His righteousness, that He might be just and the justifier of the one who has faith in Jesus.

To understand our faith, to understand why we need a Savior, to understand why God sent His Son to die for us, we need to understand what sin is.  Paul says that we have all sinned and are not capable to be in His righteousness.  But because He is just and because of His love, He provided a way through His Son, Jesus Christ.  What is sin?  It is more than messing up or making a mistake.  The Greek term means literally, “to miss the mark.”  It is committing an offense to God, doing an evil deed.  It came from an archery term when someone would miss the target, and not winning the prize.  So it is with sin.  We “fall short.”  We don’t even reach the mark or obtain the prize (“the wages of sin is death”).  Instead, God in His righteousness provides a gift.  He shows mercy so that we may obtain that prize (eternal life).

Therefore we were buried with Him through baptism into death, that just as Christ was raised from the dead by the glory of the Father, even so we also should walk in newness of life. For if we have been united together in the likeness of His death, certainly we also shall be in the likeness of His resurrection, knowing this, that our old man was crucified with Him, that the body of sin might be done away with, that we should no longer be slaves of sin. For he who has died has been freed from sin. Now if we died with Christ, we believe that we shall also live with Him, knowing that Christ, having been raised from the dead, dies no more. Death no longer has dominion over Him. For the death that He died, He died to sin once for all; but the life that He lives, He lives to God. Likewise you also, reckon yourselves to be dead indeed to sin, but alive to God in Christ Jesus our Lord.

Therefore do not let sin reign in your mortal body, that you should obey it in its lusts. And do not present your members as instruments of unrighteousness to sin, but present yourselves to God as being alive from the dead, and your members as instruments of righteousness to God. For sin shall not have dominion over you, for you are not under law but under grace.

What then? Shall we sin because we are not under law but under grace? Certainly not! Do you not know that to whom you present yourselves slaves to obey, you are that one’s slaves whom you obey, whether of sin leading to death, or of obedience leading to righteousness? But God be thanked that though you were slaves of sin, yet you obeyed from the heart that form of doctrine to which you were delivered. And having been set free from sin, you became slaves of righteousness. I speak in human terms because of the weakness of your flesh. For just as you presented your members as slaves of uncleanness, and of lawlessness leading to more lawlessness, so now present your members as slaves of righteousness for holiness.

For when you were slaves of sin, you were free in regard to righteousness. What fruit did you have then in the things of which you are now ashamed? For the end of those things is death. But now having been set free from sin, and having become slaves of God, you have your fruit to holiness, and the end, everlasting life. For the wages of sin is death, but the gift of God is eternal life in Christ Jesus our Lord.

As it is written: “THERE IS NONE RIGHTEOUS, NO, NOT ONE;

But what things were gain to me, these I have counted loss for Christ. Yet indeed I also count all things loss for the excellence of the knowledge of Christ Jesus my Lord, for whom I have suffered the loss of all things, and count them as rubbish, that I may gain Christ and be found in Him, not having my own righteousness, which is from the law, but that which is through faith in Christ, the righteousness which is from God by faith;

But when the kindness and the love of God our Savior toward man appeared, not by works of righteousness which we have done, but according to His mercy He saved us, through the washing of regeneration and renewing of the Holy Spirit, whom He poured out on us abundantly through Jesus Christ our Savior, that having been justified by His grace we should become heirs according to the hope of eternal life.

Righteousness only comes from God.  We can try to be righteous by ourselves by obeying every law, every commandment and will always fall short.  But God gives us this righteousness, through faith, it is His gift.  When we accept this gift, our faith, which also comes from God, we are declared righteous.  Our sin is no more.  Jesus Christ took our sins to the cross and paid the full penalty for all who believe.  That is where justification comes in. 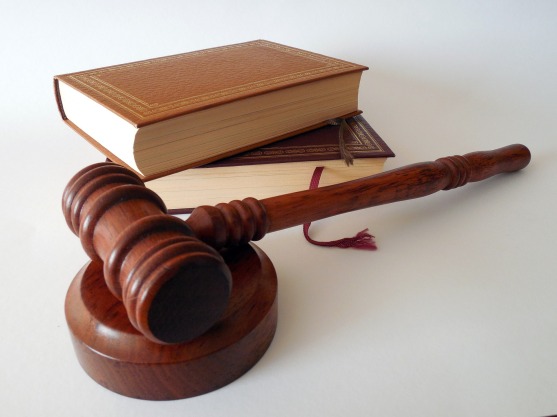 And the gift is not like that which came through the one who sinned. For the judgment which came from one offense resulted in condemnation, but the free gift which came from many offenses resulted in justification. For if by the one man’s offense death reigned through the one, much more those who receive abundance of grace and of the gift of righteousness will reign in life through the One, Jesus Christ.) Therefore, as through one man’s offense judgment came to all men, resulting in condemnation, even so through one Man’s righteous act the free gift came to all men, resulting in justification of life.

For as many as are of the works of the law are under the curse; for it is written, “CURSED IS EVERYONE WHO DOES NOT CONTINUE IN ALL THINGS WHICH ARE WRITTEN IN THE BOOK OF THE LAW, TO DO THEM.” But that no one is justified by the law in the sight of God is evident, for “THE JUST SHALL LIVE BY FAITH.” Yet the law is not of faith, but “THE MAN WHO DOES THEM SHALL LIVE BY THEM.” Christ has redeemed us from the curse of the law, having become a curse for us (for it is written, “CURSED IS EVERYONE WHO HANGS ON A TREE”), that the blessing of Abraham might come upon the Gentiles in Christ Jesus, that we might receive the promise of the Spirit through faith.

The Greek word for justification is very similar to righteousness.  It means to declare one to be guiltless, righteous, and acceptable.  What an awesome free gift we are given.  Jesus took the punishment for our sin.  and in so doing, we are set free and all our offenses are wiped away.  As the Bible says, as far as the east is from the west, so far are our sin removed from us.  We cannot do enough to earn our salvation.  We are not good enough to be righteous.  But God gives that to those who believe, to those whose heart seeks Jesus.  God knows who we are inside.  We are not accepted by our works.  He is more interested in our love.

Also He spoke this parable to some who trusted in themselves that they were righteous, and despised others: “Two men went up to the temple to pray, one a Pharisee and the other a tax collector. The Pharisee stood and prayed thus with himself, ‘God, I thank You that I am not like other men—extortioners, unjust, adulterers, or even as this tax collector. I fast twice a week; I give tithes of all that I possess.’ And the tax collector, standing afar off, would not so much as raise his eyes to heaven, but beat his breast, saying, ‘God, be merciful to me a sinner!’ I tell you, this man went down to his house justified rather than the other; for everyone who exalts himself will be humbled, and he who humbles himself will be exalted.”

God gives us all good things.  Through His righteousness, we are justified.  By His grace we are saved.  When we realize that, there is no room for boasting.