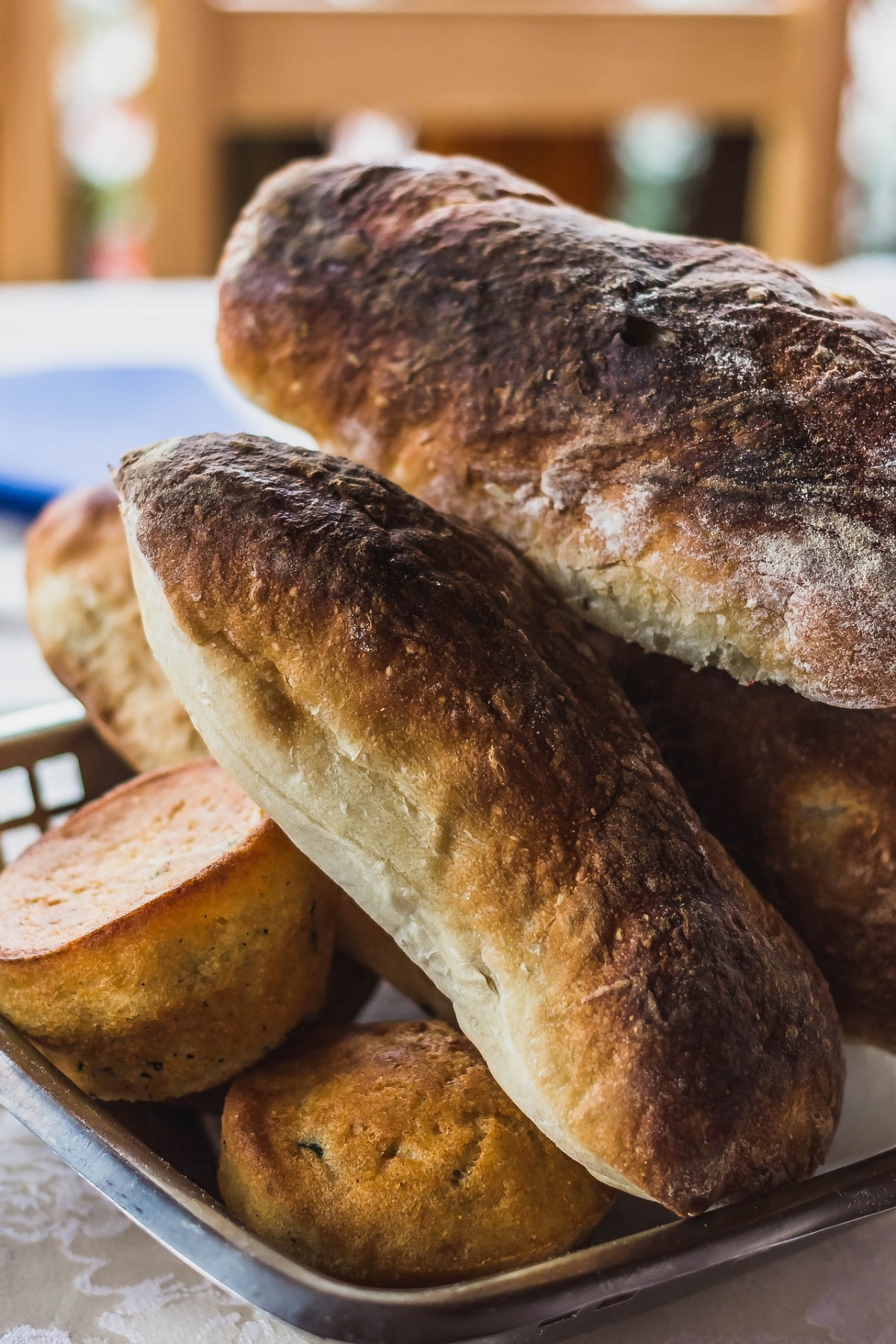 I thought it would be fun and interesting to go through the “I AM’s” in John that Jesus proclaims.  Saying “I AM” was kind of taboo in the Jewish society  because they did not want to utter God’s name Yahweh that he proclaims to Moses for the people, which means “I AM.”  When Jesus said to the people, “Most assuredly, I say to you, before Abraham was, I AM,” they were angry and offended because they did not believe that He was God (John 8:58).  But He is and has shown through the miracles and His death and resurrection.  He lives today in each of us that believe and trust in Jesus Christ.  Today we will start with the first “I AM,” The Bread of Life.

Jesus answered them and said, “Most assuredly, I say to you, you seek Me, not because you saw the signs, but because you ate of the loaves and were filled. Do not labor for the food which perishes, but for the food which endures to everlasting life, which the Son of Man will give you, because God the Father has set His seal on Him.” Then they said to Him, “What shall we do, that we may work the works of God?” Jesus answered and said to them, “This is the work of God, that you believe in Him whom He sent.” Therefore they said to Him, “What sign will You perform then, that we may see it and believe You? What work will You do? Our fathers ate the manna in the desert; as it is written, ‘HE GAVE THEM BREAD FROM HEAVEN TO EAT.'” Then Jesus said to them, “Most assuredly, I say to you, Moses did not give you the bread from heaven, but My Father gives you the true bread from heaven. For the bread of God is He who comes down from heaven and gives life to the world.” Then they said to Him, “Lord, give us this bread always.” And Jesus said to them, “I am the bread of life. He who comes to Me shall never hunger, and he who believes in Me shall never thirst. But I said to you that you have seen Me and yet do not believe. All that the Father gives Me will come to Me, and the one who comes to Me I will by no means cast out. For I have come down from heaven, not to do My own will, but the will of Him who sent Me. This is the will of the Father who sent Me, that of all He has given Me I should lose nothing, but should raise it up at the last day. And this is the will of Him who sent Me, that everyone who sees the Son and believes in Him may have everlasting life; and I will raise him up at the last day.” 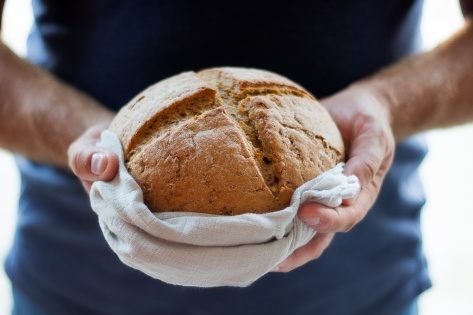 Jesus is the bread of life.  Just as we need food in our bodies to stay alive, we need Jesus for everlasting life.  The Jews at the time did not comprehend Jesus and thought He was speaking literally, not figuratively.  He was not talking about literally eating Him; that is absurd.  He was talking about trusting in Him that He will sustain them.  He is the only way to the Father, the only way to eternal life.

“No one can come to Me unless the Father who sent Me draws him; and I will raise him up at the last day. It is written in the prophets, ‘AND THEY SHALL ALL BE TAUGHT BY GOD.’ Therefore everyone who has heard and learned from the Father comes to Me. Not that anyone has seen the Father, except He who is from God; He has seen the Father. Most assuredly, I say to you, he who believes in Me has everlasting life. I am the bread of life. Your fathers ate the manna in the wilderness, and are dead. This is the bread which comes down from heaven, that one may eat of it and not die. I am the living bread which came down from heaven. If anyone eats of this bread, he will live forever; and the bread that I shall give is My flesh, which I shall give for the life of the world.” The Jews therefore quarreled among themselves, saying, “How can this Man give us His flesh to eat?” Then Jesus said to them, “Most assuredly, I say to you, unless you eat the flesh of the Son of Man and drink His blood, you have no life in you. Whoever eats My flesh and drinks My blood has eternal life, and I will raise him up at the last day. For My flesh is food indeed, and My blood is drink indeed. He who eats My flesh and drinks My blood abides in Me, and I in him. As the living Father sent Me, and I live because of the Father, so he who feeds on Me will live because of Me. This is the bread which came down from heaven—not as your fathers ate the manna, and are dead. He who eats this bread will live forever.”

Jesus’ flesh and blood was that which He gave on the cross.  Jesus came in the flesh and gave His blood as a sacrifice and payment for our sins.  He died so that we might live.  We are saved by the blood of the Lamb.  Jesus is God in the flesh.  The Lord’s supper is a symbol of this.  Jesus instituted it so that we can remember the giving of His blood and flesh so that we may redeemed and have salvation if we believe and trust in Him. 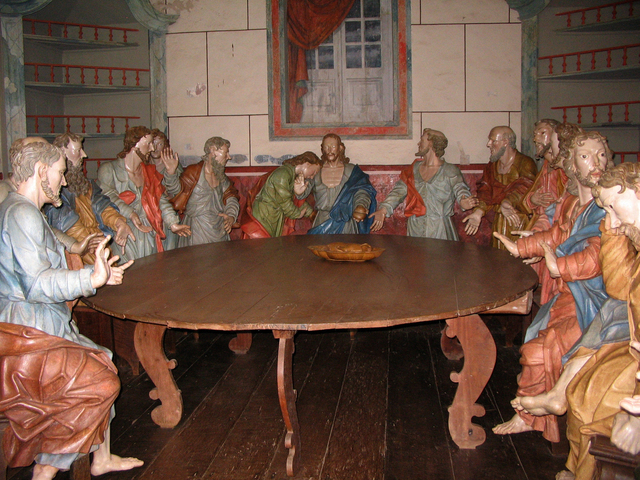 And He took bread, gave thanks and broke it, and gave it to them, saying, “This is My body which is given for you; do this in remembrance of Me.” Likewise He also took the cup after supper, saying, “This cup is the new covenant in My blood, which is shed for you.”

As we participate in the Lord’s Supper, let us remember the purpose of it: to remember that Jesus came into this world to save us from our sins, that all who believe in Him will not perish but have eternal life.  He died on the cross for us so that we may live.  He was raised from the dead as a final victory that one day we will be raised too.  Paul expounds on this a little as he shares the gospel in 1 Corinthians: 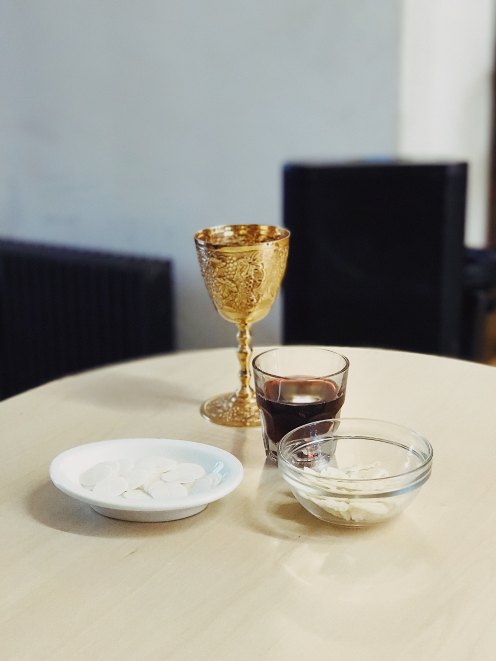 For I received from the Lord that which I also delivered to you: that the Lord Jesus on the same night in which He was betrayed took bread; and when He had given thanks, He broke it and said, “Take, eat; this is My body which is broken for you; do this in remembrance of Me.” In the same manner He also took the cup after supper, saying, “This cup is the new covenant in My blood. This do, as often as you drink it, in remembrance of Me.” For as often as you eat this bread and drink this cup, you proclaim the Lord’s death till He comes.

That is what The Bread of Life is all about.

4 thoughts on “I AM’s…The Bread of Life”