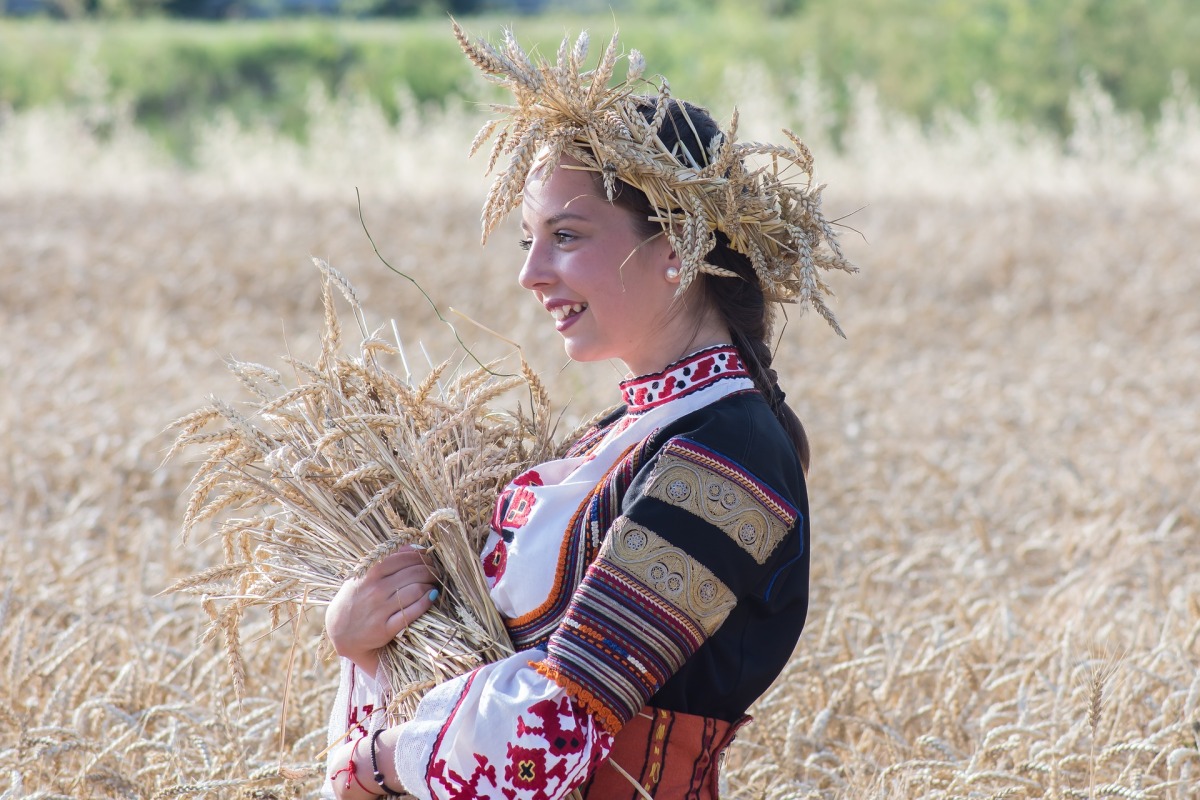 The second chapter of Ruth reveals the character of Ruth and of Boaz.  Ruth meets Boaz as she is gleaning wheat in his field during the harvest.  The culture in Israel allows the poor to go to fields and “glean,” or basically pick up the scraps in a field during the harvest.  A landowner is to leave the corners of the field so that the poor can come and collect grain for their family.  Also, anything that the harvesters drop is free for the poor to collect.  What a great welfare system!

There was a relative of Naomi’s husband, a man of great wealth, of the family of Elimelech. His name was Boaz. So Ruth the Moabitess said to Naomi, “Please let me go to the field, and glean heads of grain after him in whose sight I may find favor.”

Ruth learns the custom in her new land and follows it.  She listens to her mother-in-law and learns from her and takes her advice.  She will take care of her, being a good daughter and a good friend, humble and hard working.

Then she left, and went and gleaned in the field after the reapers. And she happened to come to the part of the field belonging to Boaz, who was of the family of Elimelech. 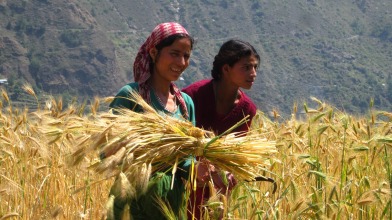 Now behold, Boaz came from Bethlehem, and said to the reapers, “The Lord  be with you!”

And they answered him, “The Lord  bless you!”

Boaz is introduced here,  a man of power and wealth; he is a good leader, respected, compassionate and kind.

Then Boaz said to his servant who was in charge of the reapers, “Whose young woman is this?”

So the servant who was in charge of the reapers answered and said, “It is the young Moabite woman who came back with Naomi from the country of Moab. And she said, ‘Please let me glean and gather after the reapers among the sheaves.’ So she came and has continued from morning until now, though she rested a little in the house.”

Then Boaz said to Ruth, “You will listen, my daughter, will you not? Do not go to glean in another field, nor go from here, but stay close by my young women. Let your eyes be on the field which they reap, and go after them. Have I not commanded the young men not to touch you? And when you are thirsty, go to the vessels and drink from what the young men have drawn.”

Boaz had noticed Ruth.  He had noticed that she was hard working, as did his servant.  Despite being a foreigner, he treated her with kindness and generosity.  I imagine there was some attraction as well!

So she fell on her face, bowed down to the ground, and said to him, “Why have I found favor in your eyes, that you should take notice of me, since I am a foreigner?”

And Boaz answered and said to her, “It has been fully reported to me, all that you have done for your mother-in-law since the death of your husband, and how you have left your father and your mother and the land of your birth, and have come to a people whom you did not know before. The Lord  repay your work, and a full reward be given you by the Lord  God of Israel, under whose wings you have come for refuge.”

Then she said, “Let me find favor in your sight, my lord; for you have comforted me, and have spoken kindly to your maidservant, though I am not like one of your maidservants.”

Ruth was committed and loyal to her mother-in-law.  She made sacrifices to stay with her.  Boaz says that she took refuge in the God of Israel.  Her reputation was known in Bethlehem.  Here, we see an example of Jesus Christ.  Jesus gave up His glory in heaven to become a man here on earth, so that He can feel what we feel, go through the temptations and trials that we go through, yet His deity showed through and He did not sin.  He made the ultimate sacrifice of giving His life, being forsaken and taking the sins of the world and nailing them to the cross so that our sins may be forgiven if we trust and follow Him.  By, the way, He was born in Bethlehem, too! 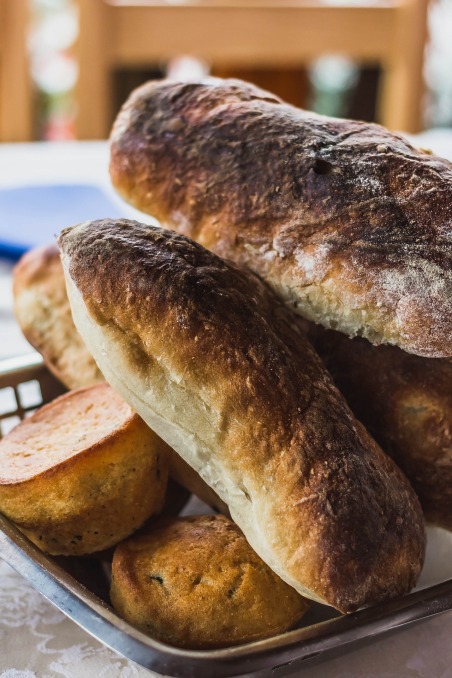 Now Boaz said to her at mealtime, “Come here, and eat of the bread, and dip your piece of bread in the vinegar.” So she sat beside the reapers, and he passed parched grain to her; and she ate and was satisfied, and kept some back. And when she rose up to glean, Boaz commanded his young men, saying, “Let her glean even among the sheaves, and do not reproach her. Also let grain from the bundles fall purposely for her; leave it that she may glean, and do not rebuke her.”

An ephah is a little more than a half bushel, or about 5 gallons of wheat.

And her mother-in-law said to her, “Where have you gleaned today? And where did you work? Blessed be the one who took notice of you.”

So she told her mother-in-law with whom she had worked, and said, “The man’s name with whom I worked today is Boaz.”

Then Naomi said to her daughter-in-law, “Blessed be he of the Lord , who has not forsaken His kindness to the living and the dead!” And Naomi said to her, “This man is a relation of ours, one of our close relatives.”

Although Naomi thought that God was being hard on her and rejecting her, she did not lose hope and she noticed the work He was doing.  Sometimes we do not understand why things happen to us, but God has plans for us.  We will see in the next couple chapters that there is more to this story and the great blessing that God has planned, for Naomi, for Ruth, for Boaz and for all of us!

Ruth the Moabitess said, “He also said to me, ‘You shall stay close by my young men until they have finished all my harvest.'”

And Naomi said to Ruth her daughter-in-law, “It is good, my daughter, that you go out with his young women, and that people do not meet you in any other field.” So she stayed close by the young women of Boaz, to glean until the end of barley harvest and wheat harvest; and she dwelt with her mother-in-law.

In the coming chapters, we will see more of the character of Ruth and Boaz.  We will also see God’s plan unfolding.